The argument about which is better, solid-state relays (SSRs) or electromechanical relays (EMRs), has raged on for many years. The answer is actually neither, as each relay type has positive and negative aspects. But if you factor in specific application requirements, clear winners emerge.

Actually, SSRs aren’t relays at all, but rather electronic circuits. The control inputs are connected internally to an LED, which shines across an air gap to light sensors. The light sensor is connected to the transistors which open or close, supplying the relay’s load with power. When a transistor is closed, current can flow freely through the relay, causing the load and power supply to be connected. When a transistor is open, almost all current is blocked, causing the load to become disconnected from the power supply. The pairing of an LED with light sensors is called an opto-coupler, and is a common technique to link two parts of a circuit without a direct electrical connection.

Mechanical relays use an electromagnetic coil to open or close the circuit. When current runs through the input and energizes the coil, it creates a small magnetic field which either pulls the arm of the switch away from the other contact of the switch, or pushes it down to close the switch depending on the how the switch is made. A relay also serves as an isolator, because the control (input) and load (output) ends of the relay are not electrically connected. This allows you to protect the device you’re using to control the relay from power surges in your application. 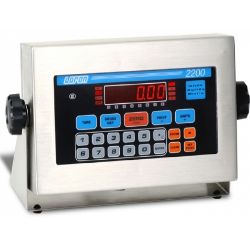 Ok then, when should you use each type?

Whether to use an EMR or SSR depends on a number of factors such as the application’s environment, electrical requirements, and cost or budget.

Like most of you I needed to find ways to cut costs at my home. Between mortgage payments, health insurance premiums, and other household expenses that always seem to be creeping up, I needed to find a way to reduce my monthly spending.

After doing some homework and having quite a few discussions at the kitchen table, I decided that one area that I could make substantial cuts was with home phone service, cable television, and high speed internet. Those three services had slowly risen from around $100 per month, aka… the “triple play”, to over $180 per month for my family which is approximately an extra $1000 a year of added expenses.

Now I could have called and haggled and threatened to cancel my services. In fact, I did that a few years ago and saved a few dollars temporarily but in a year I was right back in the same boat. This time I wanted to make a substantial, long lasting dent in my spending.

HOME PHONE
After doing some extensive research, I decided to switch my home phone service to Ooma. I had heard of the product for years but never thought much of it until I finally hit my limit with the phone company. I’ve been using Ooma for about three months and it works fairly well. The calls are usually good quality and after paying the initial equipment charge of around $129, my monthly fees are just $4.99 which is for the taxes and junk fees that you see on every phone bill.  Now I could have just canceled home phone altogether and used just cell phones or done something like Google Voice. But, I wanted to keep my home phone number and I didn’t feel confident that Google would keep their Voice product going since they are notorious for stopping their products whenever they see fit. I had my phone number ported for a one time fee and that went smoothly. So, Ooma is a pretty nice option in my opinion and it saves me money each month. And honestly I don’t use my home phone all that much anyway.

HOME INTERNET
Sometimes it’s funny to think back to what we used to do fifteen years ago for internet. Remember NetZero or AOL or having to run a phone cable from the phone jack to the back of your PC?  Anyway, my internet charges were starting to get out of control. So when I called my provider, TWC, a few months ago, they would not work with me. Period. If I wanted to cancel my “triple play” plan, I would have to pay $70/month for stand alone internet service even though they had multiple offers listed on their website for much cheaper internet. You see I didn’t qualify for those rates since I was an existing customer.

I had shopped around and found that my local phone company offered comparable DSL service for $35/month. But, I really didn’t want to change over to them if I didn’t have to.  I liked high speed internet through the cable company and had always heard that DSL wasn’t as good. But it appeared the only way I was going to be able to keep the high speed cable internet service was to pay $70 each month. But wait!  I found something called EarthLink internet. It’s kind of hard to explain EarthLink but basically they offer their internet service separately but they actually use TWC infrastructure and billing. The cost is approximately $40 per month for high speed internet and I just recently experienced a system wide upgrade which makes it an even better value.

HOME TV
This may have been the most difficult transition of them all. You see, I’ve had satellite or cable TV for as long as I can remember. I’ve also been spoiled with DVR’s which allow you to pause live TV and record your favorite TV shows. So, the idea of cutting the cord was very difficult at first. However, if I had any doubts about my decision, they quickly went away when I was turning in my cable boxes at the TWC store. One of their employees was playfully challenging me on my decision. He asked how are you going to watch TV now? How are you going to record your favorite shows?

Those are all good questions and I had an answer for each question. First, I had an over the air antenna. The OTA antenna looks like a mouse pad works pretty nice most of the time. Second, and this may have been the key factor in making the whole thing work for me… I had purchased a TiVo Roamio OTA DVR. This device is a DVR for over the air television. It also connects to your home network so you can link up with Netflix and Amazon video. This device has made cutting the cord much easier than I could have imagined.

So when you add it all up, my monthly costs were over $180 month for the three services; tv, internet, & phone. They are now approximately $50 per month. There is equipment that you need to purchase up front in order to take advantage of this.  The Ooma was $129, the TiVo was $400 (which includes lifetime product guide) and the antenna for the TV was around $25. It will take some homework on your part to figure out exactly what antenna you need (see antennaweb). Hope this helps you out.

NCI 7600 series scales are being discontinued effective December 31, 2015. Central Carolina Scale and Avery Weigh-Tronix will continue to provide service spares (repair parts) as long as components are available, for up to five years. All new orders for the NCI 7600 scale(s) must be received no later than close of business on December 31, 2015. 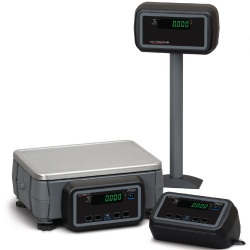 Our selection of post, mail and shipping scales are highly accurate, developed in partnership with our customers and designed for use in a range of environments, from retail counters to back office systems. Most are highly connective, able to integrate into existing point of sale and data systems.

The scales can stand up to a busy day in the post office or company mail room, year after year, and still determine small differences in weight. The postal scale range features easy to use operator displays, for error free, fast customer service. Avery Weigh-Tronix boasts an extensive range of industrial products applicable to the postal logistics industry that can enhance productivity and optimize your shipping process.

Flexible Configuration
The ZP900 is available in a range of base sizes and configurable capacities to meet the needs of the postal industry. The modular design provides a range of solutions which are easy to service and maintain, while the range of customer and operator display options provides added flexibility.

Unrivaled Connectivity
A range of connectivity options, including serial, Ethernet and USB with UPOS and OPOS support, facilitate integration with third party software and hardware solutions.

For additional information about the ZP900, please refer to http://www.centralcarolinascale.com or call (919) 776-7737