A truck scale is a rather large purchase for many businesses. In many cases, whether you choose a 70×11 legal for trade truck scale, or portable truck scales, or portable axle scales… Once these items are purchased and installed on a concrete foundation, it’s likely going to cost over $100,000 when it’s all said and done.

So, anytime that you invest that kind of money into a new truck scale, you would like to know as much as possible about the items and the companies who build the items. So, in today’s article we’re not going to answer questions like how much does a set of truck scales cost or how long should a truck scale last?  We’ve already answered those questions. Instead, we’re going to look at some of the top vehicle weighing scale factories in the U.S.

Who are the Top Truck Scale Manufacturers?

As we’ve established, truck scales are a relatively expensive purchase for most companies. So, you want to make sure that you make a smart buying decision.

We’ll discuss this later in more detail, but it’s also important to rely on your peers and your trusted local scale company too. For example, maybe you think that you have found the right scale, but it turns out that it actually has a load cell issue. Perhaps, it’s becoming difficult to source load cells for that scale or perhaps it’s something else. 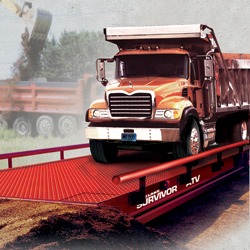 So, who are the best truck scale builders? In our opinion, the following scale manufacturers are the top companies in the business. And, this applies to all you fans of used truck scales too.

The Weigh-Tronix truck scales are available in a wide range of standard and customized configurations to suit your application needs. Standard sizes between 8’ to 14’ wide that suit most customers. Where standard doesn’t suit, the factory can produce almost any length combination thanks to the modular design, with either steel or concrete decks, and can be either above ground or pit mounted.

Cardinal Scale Manufacturing features a comprehensive line of truck scales for almost every heavy-duty vehicle weighing need. Cardinal Scale’s truck scale line features models that can be used in the most high-volume, punishing, and damaging environments.

The Centurion truck scale design from B-TEK Scales is a heavy duty vehicle weighing system constructed in Ohio. Its durable construction is designed for long life in tough environments and is available in standard steel deck above ground or portable truck scales versions.

B-TEK’s painting process doesn’t just start in the paint booth. Each piece of steel is shot blasted to ensure all rust and mill slag are removed prior to painting. Custom designed paint is utilized to ensure longevity and protection from weather, harmful chemicals, abrasion, corrosion and rust.

Mid America Scale has been known as a premier truck scale manufacturer with an affordable price for many years. The TS Series standard truck scales lineup is ideal for installation between silos, beneath hoppers, next to buildings, in areas with underground obstructions, or high water tables. The TS Series Electronic Low Profile Steel Deck vehicle scale is known nationwide for its durability and innovative design with its traditional analog load cell.

Now, to be completely fair, we have to mention the following manufacturers of truck scales. Emery Winslow, Mettler Toledo, and Fairbanks. And there may be a few others…. These truck scales are popular with quite a few customers as well. However, we don’t work directly with these companies so we can’t really elaborate much on their truck scales or load cell offerings specifically. 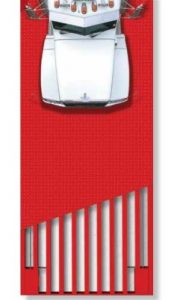 Most Important Truck Scales Choice You Need to Make?

When making a truck scale buying decision, ask your respected peers in your industry who they chose to partner with for a truck scale purchase.

Not all scale companies have the same qualifications. An authorized distributor can make all the difference. Certified scale technicians that can troubleshoot, repair, maintain, and certify your legal for trade truck scale. They also have ample experience with truck scales from every facet of your industry. They also stock spare parts such as a spare load cell or weighing terminal, so that any unplanned down time is limited.

More than anything, you want a local truck scale distributor who will be there for you when you need them; someone who is only a phone call or short drive away. The importance of a qualified scale distributor and the benefits they can offer you locally are invaluable. If you’re in the market for a truck scale, be sure to contact us at CCS today.