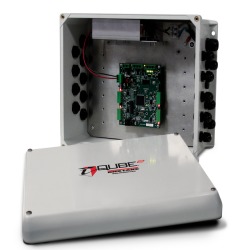 Rice Lake Weighing Systems iQUBE2® is leading a new generation of digital junction boxes. At the forefront of iQUBE2's cutting edge design are enhanced features that will redefine expectations for traditional analog to digital technology. 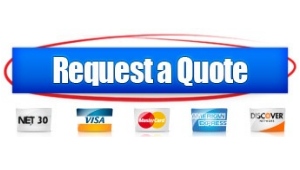 The primary difference between current digital truck scale designs is where that conversion takes place: At the load cell or at the junction box.

Some truck scales use an analog-to-digital, or simply “digital,” load cell. Diagnostic activity then takes place at the load cell. However, with analog load cells and an iQUBE², a truck scale can conduct diagnostic functions at the junction box. iQUBE² performs analog-to-digital conversion inside the junction box, meaning sensitive electronic components are less susceptible to damage from vibration and moisture.

iQUBE² offers the same load cell diagnostics as a truck scale using a digital load cell, but for a fraction of the cost. This advanced junction box runs diagnostics for failed cells, weighing errors and system health.

For mission-critical applications and unmatched performance, iQUBE2 is the equipment of choice. Its high-speed ability to update up to 500 times per second on multi-channels makes it the fastest smart junction box available. Unmatched reaction time brings accuracy to new levels, increasing precision and profits.

Enhanced onboard diagnostics will identify noise, test for linearity and zero reference, and monitor drift. Diagnostics are enhanced by a unique load cell emulation feature which compensates for a failing load cell until a repair can be made.

With cell emulation, iQUBE² is capable of calculating what the weight of a failed load cell should be based on comparisons to functioning load cells. iQUBE² ensures your scale can continue weighing temporarily even after a load cell failure. This can mean the difference between continuing an efficient process and having to shut down the plant early.

Standard Features
• Enclosure includes four channel boards with or without power supply
• NEMA 4X polyester or stainless steel enclosure
• Up to 16 load cells can be used connected
• Connection can be up to four separate platforms with a system total, or four separate scales systems
• Diagnostic routines for weighing errors and system health. Tests for zero return, linearity, and drift
• Onboard status LEDs for communications and visual bi-color indication of cell health
• Cell Emulator compensates for load cell failure until a repair can be made
• Cal-Match algorithm automatically trims and calibrates the scale in one pass of test weights (stopping over each mount)
• Standard communication RS-232. Option card slot for Fiber Optic, Ethernet TCP/ IP or Wireless TPC/IP, or RS-485
• Four digital I/O per card, for push button operation, control, or remote cell status