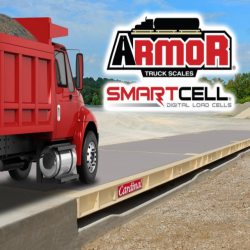 But, with the armor digital system, there’s ten. There’s five wires that plug into the terminal connector to go to the first load cell and there’s five that you simply wire into the weight indicator in fact Cardinal chooses 225 and the 825 as indicators of choice but most important for you; you want limited downtime for the life of the truck scale. END_OF_DOCUMENT_TOKEN_TO_BE_REPLACED