Avery Weigh-Tronix has improved the successful NCI 7800 series of post, mail and shipping scales, to bring them into line with the modern requirements of postal operations. The main change is the addition of improved connectivity options. The 7800 series will retain all of the key features that have contributed to the success of the range over the years, offering an affordable entry level shipping scale with a robust design.

However, changes within the postal and shipping industry have seen POS terminals advance and communication methods improve. So the factory has brought the range into line with modern requirements by adding USB HID and USB VCP ports to many of the models as standard. The NCI 7800 series scales have also been re-branded  with the Avery Weigh-Tronix overlay design which now resembles the Avery Weigh-Tronix family branding that you may have noticed on some of their newest indicators for example.

Please note that we ship our NCI scales straight from the factory, so you even if our part numbers on the website are old, you will receive the brand new stock direct from the Avery Weigh-Tronix scale factory in Minnesota. 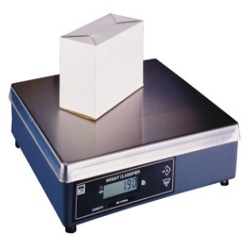 Our range of electronic postal scales, available from Central Carolina Scale are extremely accurate, developed together with high volume shippers, and designed for use in a range of environments, from retail counters to back office systems. Most are highly connective, able to integrate into existing POS and data systems.

These scales can stand up to a busy day in the post office or mail room, day after day, and still accurate enough to display small differences in box weight. The postal scale range features easy to use operator displays, for error free, rapid customer service. Our extensive range of industrial products applicable to the postal logistics industry that can enhance your productivity and increase your company profitability. Contact us if you have any questions. (919) 776-7737 or visit our website and complete the request for quote/information form.

Roughdeck floor scales manufactured by Rice Lake Weighing Systems in Wisconsin are simply the strongest and most accurate floor scales available. These Made in USA heavy-duty scales are built tough from start to finish and lives up to its name with a superior structural design which has proven so durable that each Roughdeck carries a full five-year warranty on the deck structure.

Roughdeck floor scale design separates itself from other floor scales by minimizing deck deflection and other forces that could damage load cells. This provides greater accuracy and repeatability with every weighment. These floor scales can also be made in any custom size, shape, or capacity to meet unique needs. Rice Lake uses an intense cleaning process to remove all foreign materials and residue before painting to ensure proper paint bonding. Thick coats of paint are applied adding to each scales industry leading durability.

All Roughdeck models have threaded holes in the deck. This allows for the installation of eyebolts for use when lifting the scale with chains or using a spreader bar during installation or when servicing. All assembled Roughdeck scales are delivered with the junction box corner trimmed which equalizes load cell output. Standard or customized; the Roughdeck series is available in low profile, stationary, and portable versions and offers component interchangeability and alternative construction materials to meet specific industrial requirements.

From basic shipping and receiving, to highly corrosive or washed down environments. Rice Lake has a Roughdeck to meet any need. From weighing pallets, steel coils, truck axles, and even people or animals – Rice Lake floor scales carry the durable reputation and strength of the Roughdeck name. Durability and performance to last a lifetime.

If you are looking for a reliable weighing solution that is built tough and designed to last, please give us a call at (919) 776-7737 or fill out the request a quote form on our website.

Since we offer so many great fishing scales for clubs and tournaments we thought it might be interesting to our readers to share a story. You may have already heard about it but there was a record catch that was made recently on the North Carolina coast. Neil Manning of Ashburn, Virginia, reeled in a 138-pound fish Nov. 16 while fishing off Hatteras. The fish measured 85 inches from the tip of the lower jaw to the fork in the tail. At one time you could see  all the North Carolina Saltwater Fishing records on a site we had linked here but it is no longer valid.

Getting back to the original point of the post, the previous state record for white marlin was 118 pounds, 8 ounces, caught off the coast of North Carolina’s Oregon Inlet in 1976. In case you’re curious, the all time record world wide for white marlin was done in Brazil and weighed over 180 pounds. 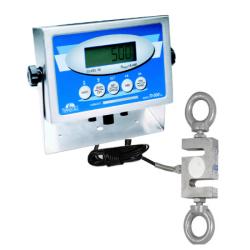 Most of our scale systems that we sell on a regular basis to fishing clubs and tournaments are lower capacity models designed for weighing small mouth bass for example. Our standard capacity is usually around 50 pounds and the scale has an actual platform that is usually around 12″ x 12″. However, in order to weigh some of the larger saltwater fish that are mentioned in the article above, we would typically recommend some type of digital hanging scale. We have a variety to choose from and likewise several price points are available as well. You can contact us M-F 8-4:30 at (919) 776-7737