You’ve probably been using your laboratory balance for years and you’ve come to rely on it to the point where it almost feels like an extension of your own hand. But how long is too long to use the same electronic weighing balance?

How do you know when it’s time to replace your laboratory balance?

One of the most important ways to extend the life of your balance, of course, is to have it serviced by certified scale technicians on a regular basis. A factory trained scale technician can certainly make recommendations on whether it’s time to replace your device. Some of the questions you should consider are:

Answering yes to any of those questions does not necessarily mean your balance needs replacing.

For example,  static electricity could cause drift or instability and an anti-static device such as an ionizer may remedy the issue. Vibration from nearby equipment could also be the culprit, in which case an anti-vibration table may be what you need. For optimal performance, operate your balance away from vibrations,  excessive heat or moisture, direct sunlight, chemical vapors and drafts.

If you’re experiencing problems with your balance, first try the troubleshooting tips included in the product manual. You may be pleasantly surprised to find a quick fix! A service technician can rule out many problems, such as warped load cells, malfunctioning internal calibration motors or even software issues.

If your balance requires more frequent maintenance or calibrations than it used to, you’ll have to consider lost productivity to downtime in addition to money spent on repairs or technicians.

If you’re seeing signs of corrosion, you’ll need to address possible causes of rust (often, excess moisture) before looking into cleaning it or replacing the balance just to have the same thing happen to the new unit.

Which Features Does My Balance Need?

Next, look at your current needs. Even if your balance is in working order, does it fulfill everything you need it to do? Consider the efficiencies that a newer device can bring to your laboratory operations.

Maybe you have an older balance that lacks the capability to communicate with a computer, USB flash drive or printer. Some of today’s balances even have multiple options like RS-232 and USB interfaces included on the same device, like the Adam Equinox series weighing balances.

Can your balance format Good Laboratory Practice-compliant printouts? Quite a few  analytical balances and many precision balances are capable of GLP-compliant output. When doing formulations, can your balance store ingredients? Or perhaps you need under hook weighing or density tests?  Contact us with your needs and we can recommend the right weighing scale or the correct scale calibration / service plan for your specific needs.

If you do decide the best course of action is to replace your balance, Central Carolina Scale can help you with tips to select a new one and guidance on which balance is right for you! Call (919) 776-7737 to speak with our sales department.

According to handbook 44, you cannot sell a Class I or a Class II balance for a direct sale application after January 1, 2020 that doesn’t have “d” equal to “e”.

Any balance currently in the marketplace with “d” not equal to “e” used in a direct sale to the public application must be replaced by January 1, 2023.

Call the sales team at Central Carolina Scale today to have one of these scales sent to you. The phone number is (919) 776-7737. 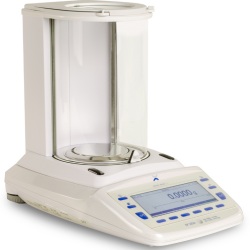 To help commemorate Adam Equipment’s 40th anniversary, Adam Equipment has pledged a financial contribution to support the expansion of the Star School in Rwanda, through the Mission Possible global initiative.

In an effort to increase the number of students taught in the primary and secondary classrooms, the school sought to increase the building capacity through a new facility. The building will provide space for an additional 280 students to enroll in classes. This project will increase educational opportunities for the children served by Star School, giving them a chance at a better future and helping them to learn key skills that will provide a lasting effect. The project is scheduled for completion in January 2013, in time for the new term.

Adam has already presented the first of several payments to the Star School, helping to cover the cost of building a larger facility. Construction has started, with the pouring of a foundation for the new structure. This is one small way in which Adam Equipment hopes to commemorate their anniversary and give back to the global community.

For every PW analytical balance, PGW precision balance and PMB moisture balance purchased from now the until end of November*, Adam Equipment will donate an additional $15 to the Star School project. We hope you will take this into consideration as END_OF_DOCUMENT_TOKEN_TO_BE_REPLACED

From time to time, someone will contact us looking to start a business buying back gold jewelry from customers. With the price of gold recently it’s becoming more popular than ever. However, there are some real important things to consider. The scale being used to weigh the gold needs to be a precise and accurate scale. In many states, that means the scale used for weighing gold needs to be NTEP approved legal for trade.

The Office of Weights and Measures has received numerous inquiries from local authorities responsible for issuing licenses, and individuals buying and selling gold from retail or residential locations. Operators of businesses buying and selling such commodities by weight in the State of Michigan must comply with the requirements of the Michigan Weights and Measures Law, Public Act 283 of 1964 as amended. Business operators must also check with local authorities for specific requirements of local ordinances and licensing requirements that apply. State Law requires that all commercial transactions conducted, based upon a determined weight, must be conducted with the use of an approved scale.  Below is a summary of the basic requirements for all commercial weighing and measuring devices (scales/meters).

CORE Portable Balances offer the ideal choice for basic weighing with simple operation and outstanding value.  Compact and durable, Adam Equipment Core balances are the best choice for basic weighing in laboratory environments, junior high school science class, or anywhere you need to weigh light items accurately.  The simple keypad with dual tare keys and a bright backlit display make Core balances easy to use. The tough durable ABS housing is designed to withstand field and laboratory environments, while being easy to clean and protected from accidental spills. With built-in ShockProtect™ overload protection Core balances can handle excessive overloads without a problem. Complete with a removable draft shield, AC adapter, and integral security slot, Core balances are ready to work right out of the box. END_OF_DOCUMENT_TOKEN_TO_BE_REPLACED

Adam Equipment provides a high quality range of laboratory balances, top-loading balances and moisture balances, which are ideal for any type of laboratory, and an extensive range of portable balances covering a wide variety of weighing applications. PW Analytical Balances feature Capacity range of 120g to 250g. The PW series of Analytical Balances are designed to meet the needs of Laboratories, Schools, Industry and commercial users offering a wide range of applications. Adam Equipment’s PW Analytical balances showcase an attractive yet functional design along with advanced features making the PW series your best choice for the laboratory.

The PW Analytical balance incorporates a deceptively simple user interface for easy setup and control of a wide range of smart functions. Internal calibration, security features, and simple and advanced weighing applications can be executed on the spot, without the need for complex calculations. All the PW’s features are packaged into a high power, high performance balance, saving time and resources.

Choosing the right scale and the right scale company for your application is extremely important. Whether you are looking for a small Ohaus balance or a large Rice Lake 80 foot long Truck Scale, you can save a lot of time and headaches by choosing the right company from the start. Even in today’s tough economy, consumers need to understand the total cost of ownership. For example, downtime often is the most significant cost incurred in industrial settings. In operations like landfills, aggregates, and quarries, many vehicle scales act as the “cash register.” If the scale isn’t END_OF_DOCUMENT_TOKEN_TO_BE_REPLACED